Before we start to discuss the contents of text regarding international economics, we assure what is the important elements for economic growth.Economics teaches us that resources for economic growth are capital accumulations, human resources, natural resources, and technological progressive(innovation), which are inferred from Principles of Economics written by Mankiw.

Why do we have to study international Economics even though trade are not directly related to these resources?Because trades are almost the same as innovation. In fact, Mankiw's principles of economics proposed that trade can make everyone better off.Also from the view point of microeconomics analysis method, trade improve the production possibility frontier.So, It is very important for us to understand the role and mechanism of trade and international money flow through learning from international economics.

Confirming the resources for economic growth and the definition of international economics, let's shift our attention to the contents of texts.There are four parts in this text book.

We asked the participants what issues you are interested in. We found many participants paid attention to the international capital markets,in particular exchange rate.Actually, our global economy face the difficult issues concerning international topics.For example, euro crisis, yen appreciation(but recently yen is depreciating ), trade deficit in japan which are forecasted to be chronic, and international bubble incubated under untraditional monetary policy conducted by the advanced countries's central banks which have cut the interest rate to almost zero and also eased money condition. However, we have the arms to solve these real economics international problems. That's the international economics theory and empirical results analyzed by the past and present great economist and we utilize these arms by reading text.

We will have read whole text in two years. Next chapter deals with world trade over view with checking the real data and we will hold the second study meeting March 2nd,2013. If you are interested in this topic,please come on join us!! 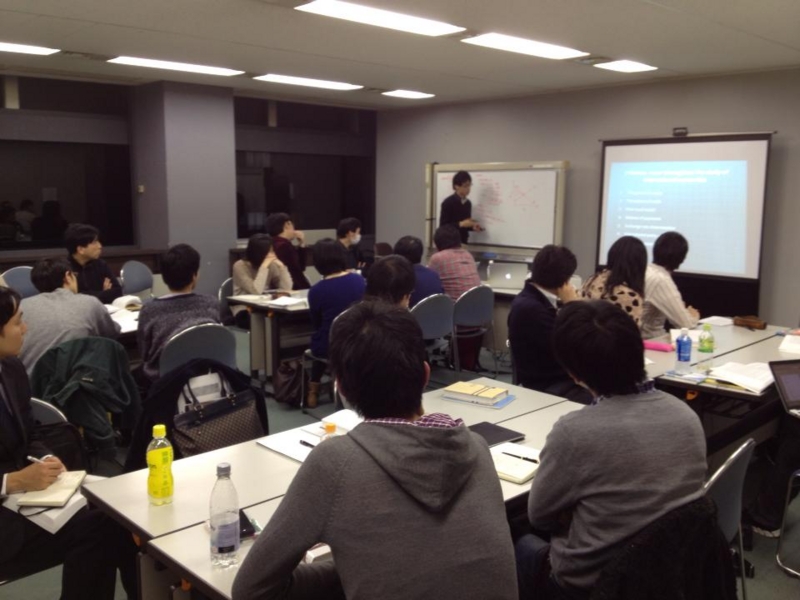 The Cartoon Introduction to Economics 2: Macroeconomics